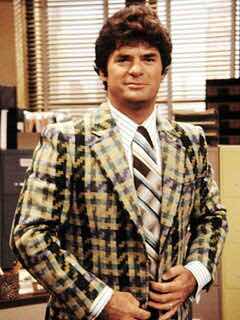 Frank Bonner AKA Herb Tarlek 1942-2021
One of our favorite all time tv series is WKRP In Cincinnati. To this day we still often watch episodes of this great classic of American television. One of our favorite characters has always been Herb Tarlek the shady sales manager at WKRP. We were sorry to find out that Frank Bonner the actor that played Herb Tarlek passed away a few days ago. Our old friend the late great blogger Gary Welsh often told us how much he loved WKRP when he was growing up and we think his affinity for white belts was something he might have picked up from Herb Tarlek.
Variety reported on his death and had this to say about Frank Bonner’s passing:

Frank Bonner, the veteran actor who became famous for portraying Herb Tarlek on the TV sitcom “WKRP in Cincinnati,” died Wednesday. He was 79.

Bonner’s family confirmed to TMZ that the actor died as a result of complications from Lewy body dementia.

Desiree Boers-Kort, Bonner’s daughter, posted in a “WKRP In Cincinnati” Facebook group, saying that the actor “loved his fans and was still signing autograph requests up until the last few weeks of his illness. Thank you to all who followed his career. He will be forever missed.“

Bonner appeared in 88 of the 90 episodes of “WKRP in Cincinnati,” which aired for four seasons from 1978-82. He also directed six episodes of the sitcom, which followed the misadventures of the staff of a struggling rock radio station in Cincinnati. Bonner’s character was a tasteless sales manager at the station who often failed to secure deals with major advertising agencies. From his signature white belt and shoes to his polyester suits, “plaid boy” would often come into work and be laughed at for his loud outfits. His catchphrase, “Hokay, fine,” was a response used when acknowledging decisions that he didn’t particularly like.

Indy Republican sends our deepest sympathies to Mister Bonner’s family and friends. We can think of no more fitting a tribute to this man than to play the theme song to his most successful show. Here it is the WKRP theme song: