To: The Honorable Senator Rand Paul of the Commonwealth of Kentucky.
From: Disgruntled former supporters of Senator Paul
Subject: Senator Paul’s betrayal of conservatism and libertarianism.
Dear Senator Paul,
We would like to start by saying that we are very glad to see you have recovered from the attack you sustained in 2017. Now that we have dispensed with the pleasantries, we would like to discuss some areas in which your conduct has made it impossible for us to EVER support you again in the future. As you are well aware your brethren in the House of Representatives are conducting an impeachment inquiry into President Trump, and his pressuring of the Ukrainian government into investigating his possible presidential opponent Joe Biden. Leaving aside the issue of whether or not the President should be impeached. Your conduct today at a rally with President Trump has shown you have completely sold out to the forces of big government socialism.
At the rally in question you demanded that the press release the name of the whistleblower in the Ukrainian scandal. Notwithstanding the media may not know who the whistleblower is. The whistleblower’s identity is protected by federal whistleblower laws. Therefore by encouraging others to publicly out the whistleblower you could possibly be encouraging possibly criminal conduct on the part of the media.
You would do well to read what Congressman Justin Amash who backed your 2016 presidential bid had to say about whistleblower’s:

I call on Rand Paul to have the courage to immediately find the other Rand Paul. The Rand Paul I used to admire. The Rand Paul who wasn’t emasculated by Donald Trump. https://t.co/bWquqRMlgq

Government transparency, openness and rule of law are the cornerstones of true conservatism. These ideals have been part and parcel of the values we conservatives hold dear, since before Barry Goldwater and Ronald Reagan. Your selling your nonexistent soul to the apostle of unlimited statism Donald Trump is sad and unfortunate. Mostly for you Senator Paul. You could have chosen to be a man and stand up to the powers that be. Instead you decide to emasculate yourself so much you make Richard Simons look butch. Well if you ever grow or craft a pair. We would welcome you back to the cause of truth and human liberty. Till then take care and try to keep your pandering to Vladimir Putin to a minimum. You would look like human scum in Russian clothes.
Sincerely,
Indy Republican and the Gang AKA Human Scum 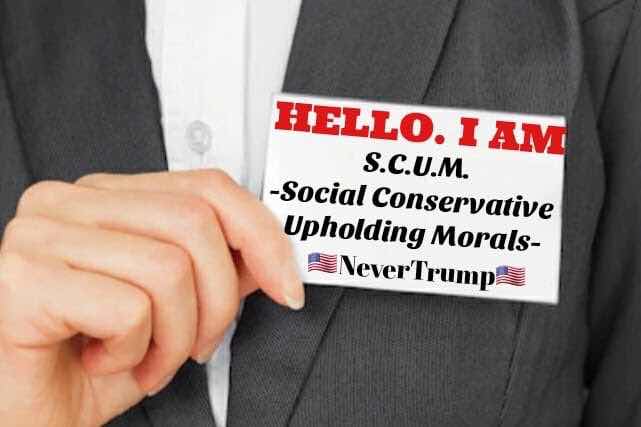